my german DMC on site in Dresden

Baroque pearl on the River Elbe

Archeological findings prove that there were human settlements beginning in the early Stone Age along the river meadows. When it acquired the right to mint and issue coins, the city developed into an important trading hub in Saxony in the Early Modern period. It also became a center of royal power when the Electors of Saxony began to reside within the city limits.
The most famous sovereign was Augustus II the Strong, of the House of Wettin. His great physical strength earned him the nickname “the Strong” or “Iron-Hand” due to his habit of breaking horseshoes with his bare hands. Quite the show-off, but he is best remembered as a patron of the arts and architecture who made Dresden a European cultural center. During his reign, Dresden experienced significant growth. Famous sites like the Church of Our Lady with its beautiful stone cupola, Moritzburg Castle, and the Zwinger were built when Augustus II was in power. Today these architectural gems are magnets for millions of visitors every year. 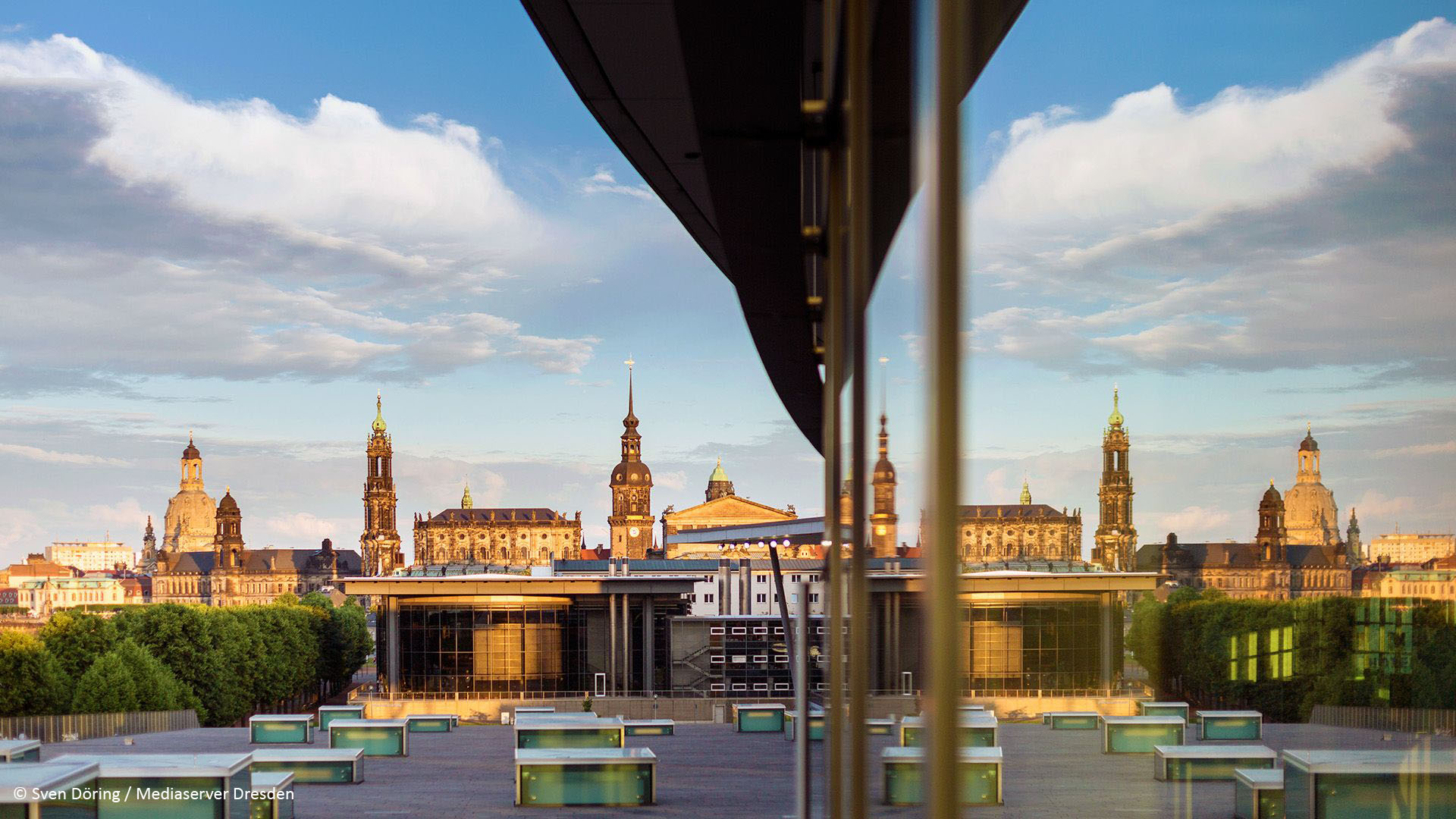 From porcelain cups to lithic cuppolas - Dresden's many attractions

Another cultural treasure directly linked to Augustus is Saxon porcelain. It was invented by Johann Friedrich Böttger, who Augustus imprisoned at Königstein Fortress, the “Saxon Bastille” located on a hilltop in Saxon Switzerland. Saxon Porcelain continued to develop and became the trademark Meissen Porcelain in 1708. Meissen Porcelain products are still valued investments and the definition of luxury goods to this day. The Meissen Porcelain Factory opens the doors of its production site in Meissen, and visitors can observe the steps involved in creating exquisite pieces of porcelain art.

On February 13, 1945, Dresden was almost completely destroyed during an air raid by the Allies. The entire city center burned to ashes, with not a stone was left standing. The Socialists who took over the government in the post-war years until the 1990s did not invest in extensive restorations, so mountains of rubble remained for years in large areas of the city. In the 2000s, Dresden once again became one of Germany’s most important cities, mainly in the tourist sector. This was achieved primarily by rebuilding important historical sites like Dresden Castle. The most famous is the Church of Our Lady, whose reconstruction lasted over a decade and was finished in 2005. Now the Church of Our Lady completes the famous Dresden’s skyline.

You have an upcoming event or incentive in Dresden? 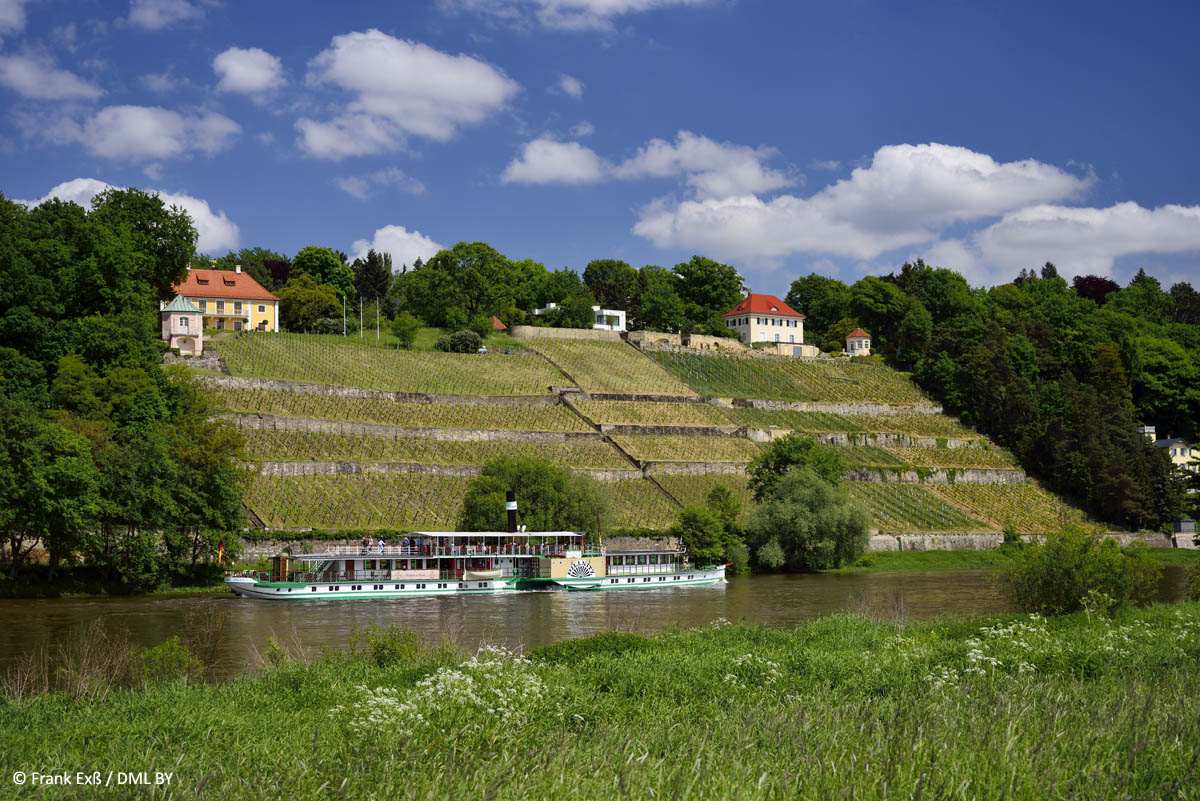 Royal venues, sun-spoiled vineyards, and a Switzerland in Saxony

Dresden offers many more places off the beaten tourist track: for example, a tour of the vineyards in and around the city is worth every minute. Gourmets will feel like they’ve come home, and the wines from the Elbe Valley are some of the world’s finest. Along the banks of the River Elbe, romantic castles and meadows can be explored on foot or by taking a trip on one of the old steamships. Dresden hosts a flotilla of historic paddle-wheel ships, and some of the historic steamers can be rented for exclusive trips. The Saxon Switzerland includes the Elbe Sandstone Mountains, whose impressive stone formations like the Bastei in Neurathen draw scores of rock climbers. There are numerous options for conducting teambuilding activities, including climbing and hiking in the wild forests along the Czech border – a Bohemian Rhapsody in greens and grays. 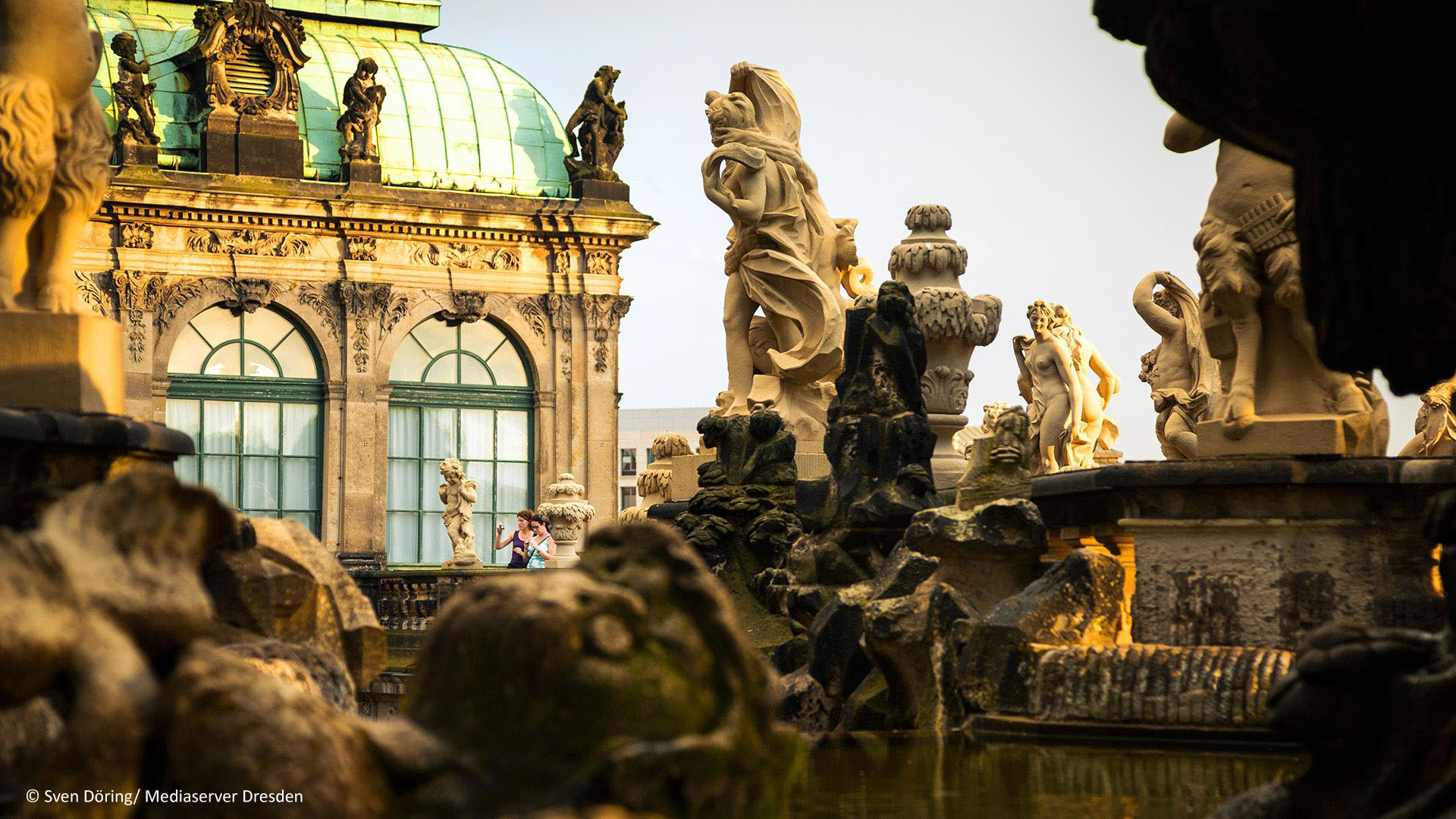 Florence of the Elbe meets Silicon Valley in Saxony

In addition to tourism, Dresden also features a robust industrial economy. VW’s Die Gläserne Manufaktur is a “transparent” production site and a showcase for electromobility. In 2016 the factory was transformed: it still produces the flagship Phaeton but is now more focused on electromobility. A 10-kilometer test drive through Dresden’s city center is just one of the highlights. Saxony also has its own Silicon Valley: Silicon Saxony is a network of approximately 2,100 companies with more than 51,000 employees. Microelectronics and nanoelectronics, organic and printed electronics, photovoltaics, energy-efficient technologies, telecommunication, and integrated sensor technology are all manufactured in the region between Dresden and Chemnitz.

Classy incentives and unforgettable events with my german DMC

my german DMC understands that a perfect combination of sightseeing, businesses, and outdoor team events is what makes for outstanding events. That’s why Dresden is the perfect place for all types of incentive events. Whether you want a sales meeting with an elegant ambiance or an incentive for employees, my german DMC will host your special events in and around Dresden. My german DMC is a partner with many premium hotel chains that have spectacular locations in Dresden. We can book meeting rooms and larger convention sites and also manage catering. Combining formal dinners with exciting teambuilding events outdoors is not as unlikely as it might sound: our mission is to create and host your most memorable events that will be remembered for years. 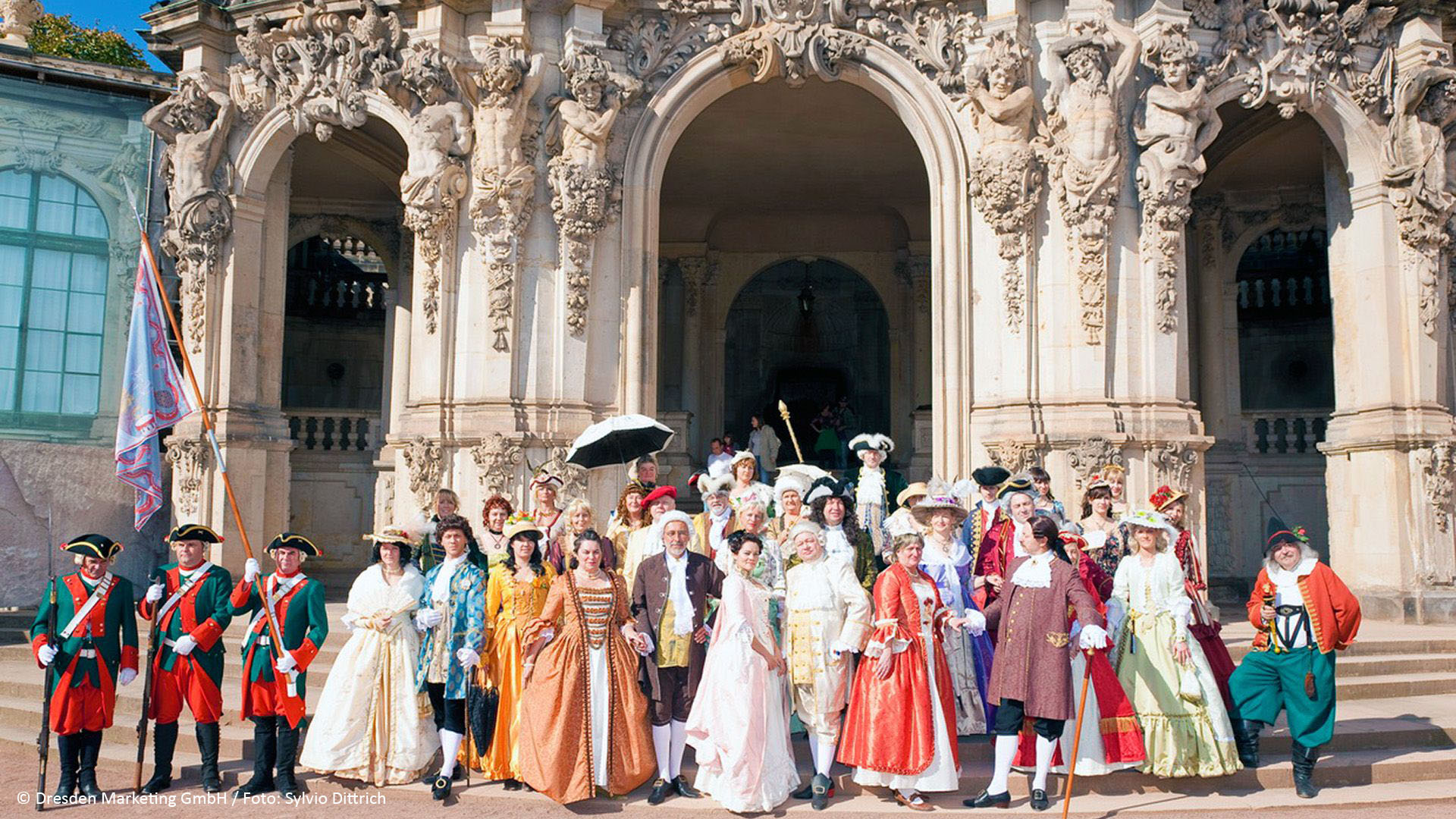